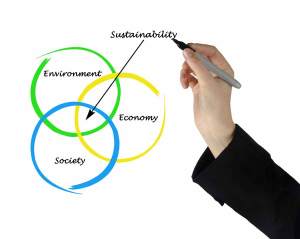 Police are confident that their decision to enforce traffic lane laws, including priority bus lanes, will cut congestion by 35 per cent in Colombo city and reduce accidents.

From June 10, people who break the laws would face legal action and Rs. 2,000 fine, Deputy Inspector General (Traffic) Ajith Rohana said. Motor Traffic Act regulations state all vehicles must be driven in the left lane and should cross to the right when overtaking or turning right.

He said Bus Priority Lanes would be implemented in selected areas at Colombo and suburbs. One such lane exists on the Galle Road from Kurusa Handiya in Moratuwa to Maliban Junction at Ratmalana. Another bus lane goes from Polduwa Junction to Ayurveda Junction in Rajagiriya. A bus priority lane in Colombo 7 will go from Town Hall to Thunmulla Junction.

Three-wheeler drivers are allowed to pick up and drop passengers by entering and exiting the bus lane, DIG Rohana said. “However, three-wheel drivers are not allowed to remain driving in the bus lanes when the lanes are in operation,” he emphasised.

The Deputy Director of the Transport Development Project carried out by the Ministry of Megapolice, P. Dissanayake, said the bus priority lanes from Maliban Junction to Kurusa Handiya and from Borella to Maradana were not operating as they had not been completed.

The Chairman of the National Council for Road Safety, Dr. Sisira Kodagoda, said private, state and office transport buses would be given priority in the left lane during the stipulated times. The law would only be strictly implemented after a two-week period, he added.

“Buses will not be allowed to park at roadsides or at halts for prolonged periods as the buses moving from behind would not be jammed behind them,” Dr. Kodagoda added.

“We will soon discuss with the authorities a mechanism to allow three-wheelers to get into the bus lane to take hires and drop people without interruption,” he said.

Senior Professor of the Department of Transport and Logistics at the University of Moratuwa, Amal Kumarage, said his studies – from GPS systems installed on buses – showed that buses moving in priority lanes travelled 20 per cent faster than when they moved in normal lanes.

He described bus priority lanes as high-occupancy lanes that should be used for state and private busses, school van and office transport.

“Police should allow vehicles with more passengers to drive in the priority lane. It doesn’t matter if it is a bus or a van. if people are persuaded to use public transport then the number of private vehicles entering the roads would decline,” he said

Prof. Kumarage said the bus lane system had been in operation on the Galle Road but was stopped at Rajagiriya while a flyover was constructed.

Other facilities should be improved with the bus lane system, he said. New buses must be provided to attract more passengers and bus lane system must be extended to other areas.

Three-wheeler driver associations are angry that they will be barred from travelling in bus priority lanes, claiming that they too provide public transportation. Lalith Dharmasekera, who heads the All-island Three Wheeler Drivers Union, said trishaws were small but nevertheless provided public transport.